Last night, news broke that cinematographer Halyna Hutchins died on the set of Rust after Alec Baldwin discharged a prop gun thought to only contain blanks. Director Joel Souza also sustained injuries, and was released from the hospital earlier today. IATSE Local 44—the union for craft professionals that includes prop…

Baldwin didn't know weapon on movie set contained a live round, search warrant says by The Associated Press
Saturday October 23rd, 2021 at 2:12 AM 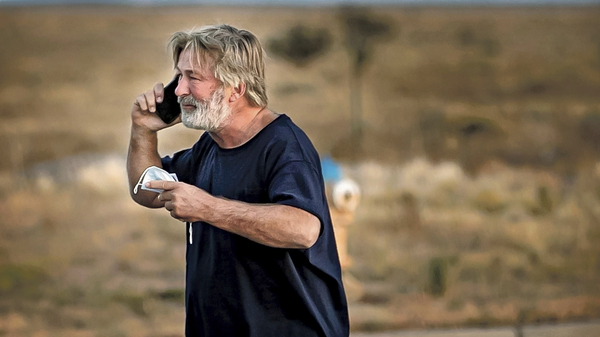 Alec Baldwin was handed a loaded weapon by an assistant director who indicated it was safe to use in the moments before the actor fatally shot a cinematographer, court records show.

More than 100,000 people have had their eyes scanned for free cryptocurrency by Eric Bangeman
Friday October 22nd, 2021 at 4:57 PM

More than 100,000 people have had their eyes scanned in return for a cryptocurrency called Worldcoin, as a project to distribute digital money more widely around the world accelerates.

Worldcoin has distributed about 30 iris-scanning hardware devices, which they call “orbs,” to early users on four continents, who get rewards for signing up more people. Orbs take photos of a user’s eyeballs, creating a unique code that can be used to claim free digital tokens.

The project’s developers said on Thursday they planned to release hundreds of orbs in the coming months and eventually distribute 4,000 devices per month. The team plans to debut the cryptocurrency network early next year and begin giving away the tokens at that time. They have not said how much cryptocurrency users can expect to receive.

Worldcoin amounts to one of the most ambitious and complex attempts to hand out cryptocurrency to the world’s population, similar to the economic concept of universal basic income. The project has already faced feverish criticism, and its own developers admit the “outcome is uncertain.”

Alex Blania, the cofounder of Worldcoin, denied that the project would invade people’s privacy, saying that the orbs convert iris scans into unique strings of letters and numbers before permanently deleting the images.

The resulting code would simply be used to check whether a user has already claimed a share of the Worldcoin tokens.

“Even if I would have your iris code in one form or another, I would have no chance to find out who you actually are on the blockchain,” Blania said, referring to the digital ledgers that underpin cryptocurrencies. Worldcoin is built on the ethereum blockchain.

Blania said about 130,000 people had signed up for the project so far and that the token would be valuable as a technology that can be used for new financial applications.

The team behind Worldcoin has raised $25 million in venture capital, including a round of funding led by Andreessen Horowitz that valued the company, Tools for Humanity, at $1 billion.

Sam Altman, a former president of the Y Combinator start-up accelerator, is also an investor and cofounder of the project. Altman has been a vocal proponent of universal basic income, the concept of providing people with free money on a regular basis.

Worldcoin plans to issue 10 billion tokens in total, with 80 percent going to users, 10 percent to the company’s investors and another 10 percent to a foundation for manufacturing the orbs and developing the network.

Blania said cofounders and employees will receive a portion of the foundation’s tokens, declining to provide an exact figure. A Worldcoin spokesperson said the company planned to set up the foundation before the network’s debut.

Like many cryptocurrency projects, Worldcoin’s tokens are not backed by any hard assets and could fluctuate in value based on their popularity.

Worldcoin estimated that it could reach more than 1 billion people within the first two years of the network’s operation, assuming people continue signing up at current rates and the team meets its orb distribution targets.

People who sign up for Worldcoin will receive their full allotment of tokens over time through a pre-planned vesting schedule, which Blania said was still in development.

Blania said the rate at which Worldcoin is distributed would ultimately depend on the design of the vesting schedule and the pace of user sign-ups.

Worldcoin has so far distributed orbs to 12 countries in Africa, South America, Europe, and Asia. The most productive orb owner has signed up more than 10,000 people in Chile by hiring 20 people who work in shifts, the company said.

© 2021 The Financial Times Ltd. All rights reserved Not to be redistributed, copied, or modified in any way.

DMack
Oh, so they just make a hash of your biometrics but they delete the source image... nothing to worry about, then. Like if you show me a photo of your credit card and I type the number into a text document, you're safe

Recipe Review: Cod with potatoes, peppers and saffron by vacuumslayer
Friday October 22nd, 2021 at 2:49 AM

I often make recipes from the Food Network magazine not because they sound like they’ll be delicious, but because they tend to be reasonably healthy and they don’t use a ton of ingredients. But every time I’m surprised by the results, which make me think that there is some America’s Test Kitchen-esque witchery going on at the magazine.

I highly recommend the recipe above–it’s a healthy one-pot meal that comes together in less than hour and has a surprising depth of flavor.

NOTES: I think I might bump up the flavor in this even more by gently infusing the garlic and saffron into the oil at the very start.

Because there are so few ingredients in this, I would recommend using at least decent olive oil, saffron, pepper flakes, etc. I used homemade chicken broth, but if you don’t have it on hand, I wouldn’t worry. The (1/3 CUP!) of olive oil will add a lot of body and richness to the stew.

Speaking of stews, as this–essentially–a very simple seafood stew, I think it would benefit from the addition of, say, tomatoes and/fennel. So I will probably add those next time, though I would have to par-cook the fennel, because it takes so long to break down.

I cannot recommend this recipe strongly enough. I immediately texted it to my parents and in-laws, because it is just really good fuss-free cooking.

On Thursday, Stardew Valley creator Eric Barone dropped a two-minute teaser video for an entirely new game pretty much out of nowhere. The new game, titled Haunted Chocolatier, looks a lot like Stardew Valley, which means it's a refreshingly lovely homage to all things SNES and Squaresoft.

As Barone's first new video game since SV's 2016 launch, Haunted Chocolatier currently doesn't have a release date estimate of any kind. To avoid being "tied down to any particular concept of what the game is" before its eventual launch, Barone has not yet finalized Haunted Chocolatier's gameplay systems, either. HC's reveal came alongside a lengthy FAQ, whose site has been pounded by fans' immediate interest in the new game, and it clarifies that the game revolves around "a chocolatier living in a haunted castle" who must "gather rare ingredients, make delicious chocolates, and sell them in a chocolate shop."

If that sounds pedestrian to you, you clearly haven't gotten sucked into the addictive Harvest Moon homage that is Stardew Valley, which has sold millions of copies in its six years on PC and most console families. (There's also a board game version.) Like that game, Barone suggests that HC will be an entirely self-made project (programming, art, music, and more), with outside help only coming once the game is finalized and needs help with language translations and ports to other platforms. (As of press time, Barone is only committing to a launch on PC, with other platform announcements to come later.)

Today's announcement clarifies that HC and SV look similar for intentional reasons: they're similar enough mechanically to fit into Barone's self-described "town game" genre. But the newer HC will emphasize "action-RPG" systems, and the trailer shows melee and ranged combat in an outside-of-town wilderness that potentially resembles the SNES classic Secret of Mana. The teaser also shows a number of NPC interactions that hint to a bigger objective than merely collecting ingredients and making and selling treats. (Though if that's really HC this boils down to, we'll still bite.)

Barone's rise from game-making obscurity to beloved indie icon is chronicled at length in the 2017 book Blood, Sweat, and Pixels. In the chapter devoted to Barone, reporter Jason Schreier scrutinizes Barone's stubborn dedication to endlessly refining SV, even well after its retail launch. Today, Barone admits he is still not finished developing SV, in spite of the game never receiving a paid DLC update on any of its existing platforms. Work on HC, he adds, has been ongoing over "nights and weekends" since some time in 2020. Even wackier, he admits it's not the only game concept he's been tooling around with in his spare hours, though he estimates that HC is the one he will "finish first."

DMack
it would be just dope as hell to strike it rich in some way or another and then have time to do creative stuff... but, failing that, i will play this chocolatier game

dreadhead
Well there goes another 100 hours or so I assume...

josephwebster
reply
Stardew Valley rocks. I'll have to give this a try.
Denver, CO, USA

Director of photography was fatally shot by a prop gun on an Alec Baldwin movie set by The Associated Press
Thursday October 21st, 2021 at 11:09 PM 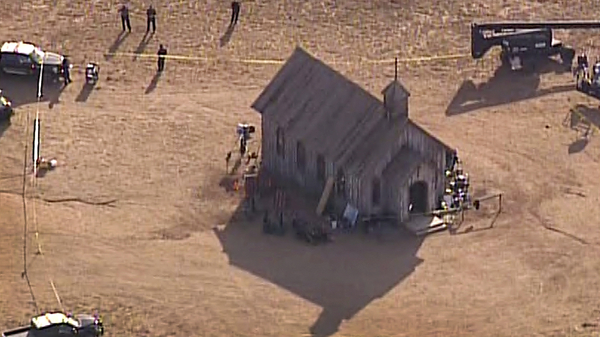 The sheriff's office says the firearm was discharged by Baldwin, who is an actor and producer on the film. Production on the Western movie Rust has been halted.